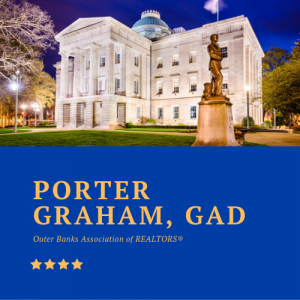 Included in This Briefing

On March 23, Reps. Szoka, K. Hall, White, and Turner introduced H.B. 367, which would amend N.C.G.S. Chapter 46A, Article 2 by adding a new part, the "Uniform Partition of Heirs Property Act.” The new part would provide in North Carolina protections enacted over recent years in nineteen other states for property held via tenancy-in-common. These protections are intended to stabilize tenancy-in-common property ownership by curtailing court-ordered partition actions that allow a fractional owner of commonly held property to force a public sale absent cotenants’ consent. Tenancy-in-common typically arises as the default method of property transfer from intestate decedents to familial successors under state law. Because intestacy rates among non-white Americans are more than double those among white Americans, the susceptibility of tenancy-in-common property ownership to infringement involves equity issues of a particularly socially problematic character.

State partition laws provide a framework within which owners of fractional interests in property transferred via intestate succession can exit tenancy-in-common by petitioning a court. The court can resolve such a petition by ordering either a partition in kind, wherein the commonly-held property is physically divided into separately titled parcels, or a partition by sale, wherein the proceeds from a public sale of the commonly-held property are pro-rata distributed to tenants-in-common. State partition laws generally authorize partition by sale as a secondary remedy available where partition in kind would injure the cotenants, but have also generally omitted detailed statutory definitions of injury. In the absence of such guidance, courts have determined partition by sale indicated largely where the hypothetical value of the property undivided exceeds the estimated aggregate value of its physically partitioned parcels. Because courts have applied this principle to the exclusion of potentially competing considerations involving the property’s sentimental or historical significance, partition by sale is common. Additionally, because courts view the recency of a petitioning party’s acquisition of fractional ownership as immaterial to the merit of that party’s sale petition, tenancy-in-common ownership is vulnerable to abuse by predatory investors who might acquire a share for the purpose of forcing a sale. Because a public sale usually yields a price lower than to the fair market value of the property, the investor can cheaply buy out cotenants.

H.B. 367 would establish due process protections against a forced sale by providing cotenants not petitioning for a sale the opportunity to buy out a petitioning cotenant within 60 days of the petition at a price representative of the petitioning cotenant’s fractional interest. H.B. 367 would also enhance the statutory guidance available to courts in determining whether partition in kind would result in injury to cotenants, and require that courts consider non-economic preferences for a partition in kind including “evidence of the collective duration of ownership” by a cotenants’ predecessors in possession, the sentimental value of the property, and the degree of harm a sale would pose to a cotenant. H.B. 367 would further require the court to determine the fair market value of a property subject to a sale petition via an appraisal, and to provide for an open market sale by a licensed real estate broker. NCR will actively support the Uniform Partition of Heirs Property Act as it progresses through the legislative process.

On March 23, the House Energy and Public Utilities Committee passed H.B. 289, a bill introduced by Rep. Dean Arp which would enable the Department of Information Technology to “prepare and maintain statewide broadband maps” incorporating both state and federal access data and to “serve as the sole source provider of broadband mapping for state agencies.” H.B. 289 is intended to address concerns arising from gaps in the Federal Communications Commission broadband availability data North Carolina has thus far relied on for access improvement planning. Because the FCC data maps broadband availability at the census tract level and considers a census tract adequately supplied even if only a portion of its households have broadband access, state agencies have sought the more detailed alternative H.B. 289 would authorize.

Members may not editorialize or comment within the copied text, and must clearly delineate and differentiate their own comments from the text copied from OBAR. If a member is found in violation of this policy, that member will receive one warning for the 1st offense, be automatically fined $250 for the 2nd offense, and $500 for subsequent offenses.